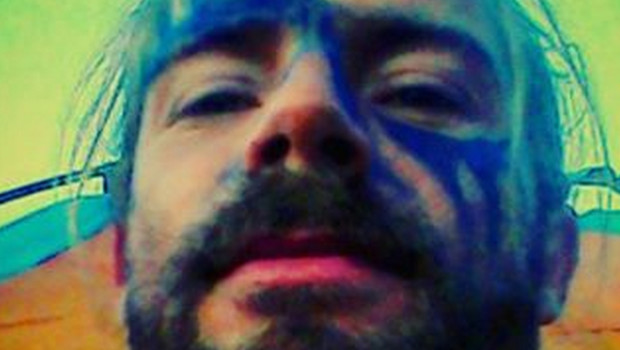 For the third time I am back from “under the rainbow”. Once more the magic occurred, once more I have learned and experienced, once more I have re-conciliated myself with myself. The feeling won’t last I presume, as I walk again the grey pavements of Babylon…

As usual I am bringing back memories and songs, and I shall tell you about my first shamanic journey very soon. But right now I want to talk about something else, because I think I have found a new red-line to my life, a complement to the “Philosophy of Adventure” I describe and illustrate through that blog: and since what inspires me might inspire others, here we go…

I knew the concept since my first Rainbow Gathering, when I first learned about the Hopi prophecy, which says:

“When the Earth is ravaged, and the animals are dying a new tribe of people shall come into the Earth from many colors, creeds and classes. And who by their actions and deeds shall make the Earth green again. They shall be known as the Warriors of the Rainbow.”

The prophecy is known to be fake. It does not matter to me (most prophecy are anyway), what matters is the gate it opens on a new brand Adventure. I’ll tell you why and how I now shall embrace it.

It’s about Love and Action

As you’ve read through the development of the main article of this blog, I don’t believe in the objectively good or objectively bad. I don’t believe it’s objectively good to care about others… What I believe is the power of coherency.
Therefore if I decide to keep on living because “I’m curious of what it’s like”; because it would be pointless to deny life and go for death while death will come soon enough anyway… THEN I have to live my life with curiosity, with an adventurous spirit: this is the meaning I found to it.
And to serve this meaning, the most powerful tools there can be are Love and Action.

You don’t live adventures through passivity. Action is required.

You can live adventures through violence and hate, but few only: they all lead to a dead end.

Love opens gates, builds bridges, keeps on bearing new opportunities…
Love is mother to diversity: because it protects the weak and the few, because it welcomes and sheds differences.

Living your life without spreading and sharing love isn’t objectively bad, it’s just pointless…
…like swallowing a cake instead of enjoying each bite.

The Rainbow, as Love

What’s a rainbow ? It’s a bridge of many colors. A bridge built out of differences.
It’s a double token of love because it gets people and worlds together.
It’s a symbol of Love and desire to connect.

Building rainbows means passing on ideas; it means claiming the right and the acceptance for everyone to be different.

To build a rainbow you need two things: a new world where to get your bridge to; and the right stones to make it stand.
One can’t access a new world if he has condemned it…
And no ideas, no values, no messages can walk over a bridge if the stones it is made of don’t stand still.

The Warrior, as Action

To become the right stone to your own bridging project, is like starting a war: a war against yourself, against your fears, your weaknesses, all those things you do or you are that you despise… but that you still do or still are because you have not control enough over yourself.

“Control” doesn’t sound like the right solution, though. “Control” is required when there is risk. There is only risk when there is something to lose. There is never something to lose if you act out of love, in a loving manner.
“Control” is the power one has over something that is somehow potentially more powerful than he is. There is no need for “Control” if the entire yourself AND the energies beyond lead to the desired direction…
Will you domesticate your inner beast ? Or will you connect with it, so that you both serve a same purpose ? This fuming stallion that furiously beats the ground of your heart, will you enchain him to the chariot of your worries ? Will you watch him fall every time he steps on your contradictions ? Or will you jump on his back and let both of you go, because letting go is necessarily going to the right destination?

You need to love yourself first before pushing yourself forward to connect worlds and people… You need to have the “guts” it requires to connect people from different cultures and classes.
That is called confidence or self-love.
Maintaining this confidence is a war.
Using it is an act of bravery warriors do.
Brave is their heart, Love is their strength and their rain-bow, Wisdom is their arrow.
And thus, warriors take action.

Today, the Earth is ravaged. Animals are dying. The number of humans rose from 1 to 8 billions in nearly a century. Their energy and food consumption per individual is massively rising too: not because it’s necessary, but because their life-style is based on a model that is being promoted through the medias by adverts and fictions financed by huge money-making companies.
Our daily needs are fake needs we feel the need to fulfill because our neighbors do too, or because we’ve seen it on TV.
You have an expensive bag ? I’ll have an expensive bag. You eat what’s fashion ? I’ll eat what’s fashion. You have a big fat car ? So will I.
It’s just a chain reaction initiated by the guardians of the upper step of that huge social-human chain which are pushing us to go faster and further. And the more we follow that impulse, the less we connect, the less we respect.

I don’t want to be spreading this model to my neighbors too.
Therefore my war is starting: I am taking action.

I’ll take action by behaving accordingly to what I judge fair, by standing against injustice and therefore: by opening my eyes wide enough to spot it where it strikes.

To identify it, I’ll first have to consider the horizontal and the vertical, so to point my arrow toward the better good.

The horizontal is the universe. The different people and cultures, the interest of all the beings that crowd the world.
The vertical is history. The past, the present and the future, the different perspectives it gives on one same situation: teachings, needs and consequences.

And once my target is sure and locked, I’ll strike, myself, hard, to become a stand as a loving example.
Within Babylon, where most of our social behavior is dictated by that single question: “How will the surrounding people judge me for what I am willing to do now?” I hope to be a reassuring presence, an eye-loving-contact, a motionless smile whispering: “Just go ahead, do it”.
May it let the violent be kind, the sophisticated be simple, the shy be brave.

I’ll support every desire, every call for differences… And if I may, I’ll build bridges between all those crying souls, so that they realize they all long for the same understanding and love, and that healing will come from understanding and compassion rather than hate and dominance.

Victims of war, victims of racism, women, homosexuals, animals and the Earth itself are nowadays the most obvious victims of violence, of the illegitimate ruling of the stronger against the weak in that gold-lust world we live in, racing toward Eldorado, edifying Babylon.
They need to be supported, along all the other victims that aren’t being quoted here.

They are all victims of one unique cause: the lack of love and understanding.

My energy and time are limited, but I’ll do my share. I will keep thoughts and compassion for the victims of war and welcome them if I can. I will listen to what women have to say and try to understand the unspoken dominance under which they are living. I will support the rights for every being to freely enjoy the sexuality and the beliefs that he has. I won’t ingest animal’s flesh anymore because no being deserves to be exploited and tortured like they are, and because the pollution and the energy consumption that is caused by the meat/fishing industries are the main reason our planet is dying.

And because green is the color that suits a place of hope, hope for all,
by my actions and deeds I shall make the Earth green again.