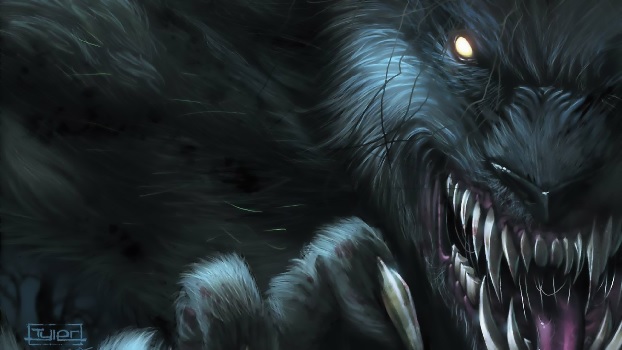 You may have heard of the game « Mafia » also named « Werewolves » according to whom is selling it to you and in which country. As many other games, those are old popular social games that clever money-maker-dudes have turned into commercial products. They just had to design a couple of cards, put them in a fancy box and hop: a “new” game was born… the saddest thing being that one or two decades later, people don’t know how to play without the “proper” cards anymore.
It’s actually super easy! I’m going to teach you how and share with you my home-made rules as well, for a better result, and for free my friends!!

I’ll explain the rules right from the beginning etc., for those of you who don’t know how to play werewolves/mafia at all.
Nabolo-Space-Murder-Party (also known as “aliens” or whatever you like) is a social role-playing game. The game is all about talking and having fun, under an imaginary pretext…

The action takes place in a space-ship. The players are the members of the crew and the sole hope for humanity’s survival. They have been sent on a space quest to find a new suitable planet after Earth has been sucked up of its vital resources by a few selfish ba… ba…… beattles, right before the eyes of a massive bunch of fu… fu… fools (so far: a pretty realistic scenario).

Ask your friends to sit down around a table. They now are in the space-ship as members of the crew and should act accordingly.

At LEAST three persons, in addition to you (yes, it makes four as a total). Since the point of the game is to make up stories and a lot of blablabla, try to select talkative friends rather than silent ones… Second important criteria: the players should be willing to play and to commit! Sounds logic but I’ve tried too many times to animate a game for people who didn’t give a walrus to omit that criteria.
Basic playing cards, or pen and paper… even a few stones or pieces of plastic would do, as long as the players can identify each of them.

Players should keep their aim in mind: they are playing to win the game!!!

Easy. The winning team is the last to survive. If you lose, you die, it’s a classic. I know monks might disagree if you play that game in a Buddhist monastery but try to make them understand it’s just a game. Then tell them a joke. It should be fine.

The game will go through different phases that you (as the animator) will have to announce one after the other.

Two (imaginery) members of the crew have been found dead in the past two days, including the former captain of the expedition. The tension is rising on board, and the crewmembers have decided to gather to elect a new Captain and talk about the situation.
This election is important because the new elected Captain’s vote will count as 1,01 instead of 1 for every further election.
You, as the animator, are asking the players who want to candidate and what arguments they have to convince the others they would be the best captain, etc.
It’s now time for the players to role-play: they can come up with any story they like, talk about their past and the past of the others; they can contradict themselves etc.
Bad faith and a sneaky attitude are essential tools regarding that business. But you should make sure things don’t go too far. If a player states he is actually the son of god and has extra-natural powers or whatever bullshoe came up to his sick mind, help the others to react in the right direction: for example:
That guy has turned crazy, what he says his non-sense… he must be an alien!
That should give a hint to the designated player that he should better come back to some more realistic scenario regarding his background.

As you probably understand it now, your role is ESSENTIAL for the success of the game.
You have to prevent silence to occur and make sure everyone participates. You can ask questions to the players as well, like the other players even though you’re not one, when you think the conversation should go to another direction for the fun of them all.

When you judge that everybody has talked enough, ask them to vote for their favorite candidate (they can vote for themselves). You can ask them to explain their vote if you feel they will come up with funny explanations, a good moment of laugh!

Once the vote is over, shout out the name of the new Captain, and send everybody to bed…

IT’S FUN TO BE IN SPACE

…but remember: we are in space! Help your players getting in their roles by reminding the context. So don’t send them to “bed””: it feels so much better to talk about a “sleeping-tube”, or whatever you think could be found in their cabin! You could also use a robot-voice to make those special announcements, pretending you are some onboard-intelligent computer! It’s funnier that way, and you can push the trick to another extent when announcing, for example, that the space-ship has just entered an asteroid field… even in the middle of a conversation:
-WOOHOOO! ALERT! WOOHOOO! ALERT! ASTEROID FIELD STRAIGHT AHEAD. ALL THE CREWMEMBERS ARE REQUIRED TO TAKE THEIR POSITION. WOOHOOO! WOOHOOO!
The players can react as they wish, while you go for a countdown, and finally announce: “…3,2,1. Bip. Biiiiiip. THE ASTEROID FIELD IS OVER. THE SITUATION IS NOW BACK TO NORMAL.”

That gives you a hint of how this game can be played.

The players are gone to bed. Ask them to close their eyes, insist they should NOT open them. Repeat it. Repeat it again. Tell them you will soon ask some of them to open their eyes and that only those should open their eyes, not the others, repeat it.
Now ask those who have received a black card to open their eyes… You can call them “the aliens” or the “space-virus infected crewmembers” or whatever else, depending on what ideas the players came up with to explain the murders: it doesn’t matter and every game is different!

Note that the aliens will know each other then… They should team up and try to cooperate for their team to survive. In the published versions of the game (or so I’ve heard – because I’ve never played with it), wherewolves know each other right from the beginning of the game, before the villagers vote for a Chef… I decided to change the order for several reasons:
Because beginners tend to be too obvious when they support the election of their team-mate
Because you get faster into the game with my way
Ok, that was two reasons.

Fair enough: you can now announce that the aliens are roaming around in the space-ship, looking for someone to slaughter… (not to mention: everyone else should keep his eyes closed). You will ask them, very discreetly, to point at the person they want to kill… in silence, and discreetly, for walrus sake! If there are several aliens, they have to agree, no prob, you have time. Once they’re done, that you know who they killed, ask them to close their eyes… and start the third phase.

WOOHOOO! WOOHOOO! WAKE UP, CREWMEMBERS! IT IS NOW 7.AM EARTH TIME ON THE 17TH OF JULY 2123. BREAKFAST IS READY AND TEMPERATURE OUTSIDE SUCKS. SPEED: OK. REACTORS: OK. PLANITRONIUM: OK. WHATHEFUCKONIUM: OK. CREWMEMBERS VITAL ANALYSIS: NOT OK! NOT OK! ALERT!
Indeed: someone is dead. You can give details about the scene, as long as it is disgusting.
The players can react whenever and how they want, but you should convince them that the only safe solution that remains now is to find who the traitors are and kill them until they die. You will provide them with (imaginary) laser guns on that purpose, once they have decided who should be exterminated and left dead to rot in space like a piece of shoe.

A good question for you to ask the players (in case they’re not already punching each other and making secret soon-to-be-broken alliances) is: “What did you do yesterday night?”.
They will have to come up with a good justification. If something doesn’t sound coherent to you, spot it. The players should imitate you soon. You just have to listen and laugh, then; make sure everyone participates and call for a vote when you think the time has come… (don’’t forget the laser guns).

That’s the best and most original rule of my version of the game, the very reason why the editors of Mafia/wherewolves should offer me a 1.000.000 check and why they will most certainly just steal the idea from that blog and publish a new extension.
In NABOLO WONDERFUL SPACESHIP WHEREMAFIAWOLVES, people are not excluded from the game when they die… because it is sooooooooo boring otherwise. No, they keep going, and can play just as before, with a few rules to respect.
Even though they died, they KEEP THEIR CARD SECRET UNTIL THE GAME IS OVER!
They are not crewmembers anymore, they are ghosts and should act accordingly (ideally: using a ghost voice, putting a bad-sheet on their head; they can even wait for the other crewmembers to call them through a spirit-like ceremony: everybody put his finger on a glass and call for the name of the dead… it’s fun!)
Their vote count now as -0,50, which means that, during the course of the game, for every election, crewmembers vote (including the aliens) are worth 1; ghost votes are worth 0,5 and Captain or dead Captain vote are worth 1,1 and 0,51.

The benefits of that rule are huge: they will spare you ending the evening with 13 bored-to-death friends while three still keep going.

The rest is easy! You just have to alternate PHASE 2 and PHASE 3; night and morning, until all the humans or the aliens are dead. The aliens kill someone during the night, and everybody vote for someone to be killed during the day. Easy.

If the aliens do their alien’s job well, you will end up having one remaining alien with one remaining human. Both are alive, surrounded by a group of ghosts. You can organize a final debate by allowing every ghost to ask one question to each survivor… have some imagination and make it fun!

…but remember and remind others: the roleplaying makes it fun, winning doesn’t really matter.